The idea of Industrial District, as acquired in Italy, refers to the anglo-saxon theory of cluster that defines it as an area characterized by a group of companies specialized in the same production with common local institutions and economically inter-connected which develop external actions capable to generate and support the economic growth of the area. According to this theory, with all the previous conditions allows at the companies of the district to became more competitive considering the companies not in the district.

The districts specified from the Lombardy Region with the resolution n.7/3839 of 16/03/2001 are sixteen comprehending 302 municipalities. In the Lecco Province there are two districts:  02 lecchese (production and manufacturing of metals) and 13 lecchese Textile

The district 02 Lecchese – production and manufacturing of metals is located in 40 municipalities between Lecco , Monza Brianza, Bergamo and Como.

The district  02 lecchese (production and manufacturing of metals)

In the last years, the the economic demands, have brought Region Lombardy to reconsider the traditional district models and to overcome the initial concept of “territorial concentration”, progressively aiming at transversal actions of interaction and integration: from the industrial districts we are passed to consolidated areas and mature as the districts of productive specialization, thin to reach network of filiera, the meta-districts untied by territorial models of development, and therefore to the last technological clusters.

The district includes more then 1.500 businesses. It is characterized by a strong integration between businesses, each developing single parts of a manufacturing process, but some of them carry on several different phases or even processes.

The sector exports about 40 Lecco% of its production About 70% of exports go to countries of Western Europe. Among the main ones: Germany, France and Spain

The mechanical vocation of the local production is testified, over that from the presence of the District, also from the hight number of metal and mechanical enterprises  in the whole provincial territory. 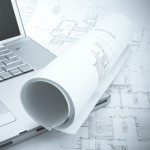 Dynamic, flexible and viable, these companies have proved in the last decades their capacity to answer and react to market changes making customer service and product quality their main strong points.

Open to the challenge of international markets and focusing on constant innovation of production processes, the small and medium-size metal and mechanical companies in the Lecco District can boast high efficiency in terms of output increase, production’s value added, profitability and employment rate.

To promote the district activities the Lecco Chamber of Commerce has established the Lecco Metal Mechanical District Commitee, costituited by representatives from each Local Body, Companies Association and local Trade-Unions, to promote the district and its businesses, realizing the right synergies between public and private institution of the territory, in collaboration with Lariodesk Informazioni, the Special Agency of the Lecco Chamber of Commerce.